Over the last 3 months I don't seem to have been so productive with my sewing, playing much more golf as the weather has been so nice. I have made another pair of trousers and a pull on top. I also came across a pattern I bought years ago for a Star Flower Bag by Lee Brown. This was all hand sewing so useful as a Saturday quilting group project. I was pleased with the finished bag, but felt it was a bit tedious to make, may just have been my frame of mind.

I also took on a commission to make a baby quilt for a friend. This was a very simple pattern that took me a while to complete due to circumstances beyond my control. I then decided to get my sewing machine serviced before embarking on the quilting as the tension had needed altering too regularly lately. I have used it a lot this year so it deserved a little TLC. 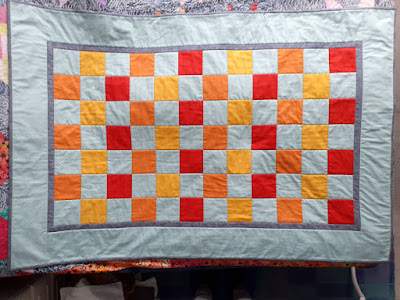 I took a trip with a friend to Creative Quilting in Molesey and bought some fabric (a Nickel pack and strip roll) to make a small quilt I saw on Pinterest and liked the look of, it was called Round and Round by croskelly. I added the pale star in the middle and will add a 2.5 inch borders of the coloured stars and white. I should have enough coloured fabric to make a binding. 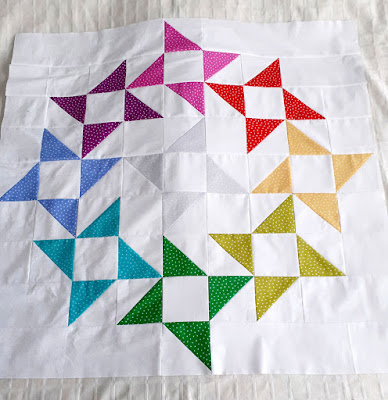 September saw me doing a lot of crochet, as I bought a book for making crocheted wreaths. I am finding suitable wreath sizes difficult to source, so have not finished one yet. I have made this one using a stick from one of my garden shrubs, I found it in the greenhouse so it was nicely dried out.

Most recently I have been working on Christmas decorations for our monthly quilting group. We have not had a meeting together since March, as it does not look like we will be having any before next year we thought it would be a good idea to try and get members involved in group and Christmas projects, via email and the blog. 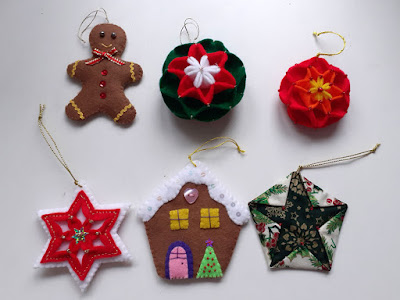 I have made several of these trees over the years, most as presents. I have the original one but thought it would be nice to make myself another. The pattern came from Creative Quilting as a kit with fabric and instructions. you then add embellishments to suit, the fun bit. Now you can buy mouldable battery operated string lights you can easily incorporate real lights on them too. 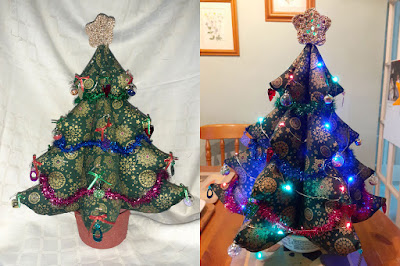 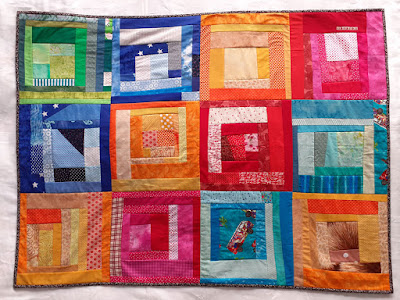 Another useful project are face masks. I have made some for friends and family using these two styles. 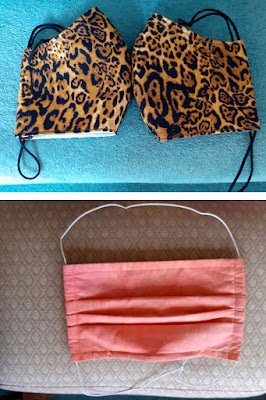